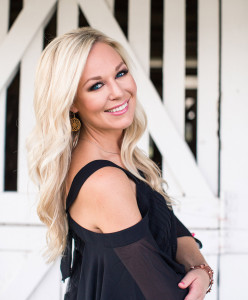 The past few years has been pivotal in Alecia Aichelle’s career with the release of ten singles, many significant shows, and a sponsor car from Scott Subaru of Red Deer for her Western Canadian Hooked On Us 2018 radio tour which included visiting over 40 radio stations. Some highlights of Alecia’s career include performing in a writer’s round at the legendary Bluebird Café in Nashville, opening for Aaron Pritchett and Aaron Goodvin at Westerner Days Mainstage Enmax Centrium in Red Deer AB, two shows with her band at Canadian Finals Rodeo Mainstage including being one of the openers for Lindsay Ell, and opening for the legendary Bellamy Brothers in 2019 at Exhibition Hall at Westerner Park Red Deer.

Alecia spent 9 months living in Nashville and returned home to Alberta in summer 2020 due to the pandemic. Her time in Nashville was spent focusing on building her career and immersing herself in the music industry while also working on new music with her producer.  She had many co-writes with notable songwriters and opportunities performing and networking. Alecia released Get Lost in summer 2020 which is a feel-good song and was co-written and recorded with her producer in Nashville, Daniel Dennis.

Since returning to Canada Alecia has continued to co-write online with writers in Nashville. Alecia hopes to move back to Nashville but is enjoying her time in Canada and keeping busy performing with her band, co-writing, and teaching music. Christmas 2020 Alecia teamed up with Randy Rich Films, Sorento Custom Homes and Live In Evergreen for a video project featuring Alecia and her Christmas original One Wish in a Sorento Custom Home. This video has been viewed over 7.7K times on Facebook and is also available on YouTube and IGTV. Alecia released Household  in 2021 which she recorded at MCC Studio in Calgary AB. Co-written by Alecia Aichelle and Kelly Seidel in Nashville, Household is packed full of raw emotion and tells a piece of Alecia’s recent personal journey. Alecia also filmed a music video to promote Household in the 2021 Red Deer Hospital Lottery Dream Home in partnership with Sorento Custom Homes and Randy Rich Films. The music video is available on YouTube, Facebook, and IGTV.

Alecia’s new single Let Freedom Reign has a very fitting release date of Good Friday April 15, 2022. Written solely by Alecia, Let Freedom Reign is a song that God put on her heart to share with the world. The song exudes love and light and the true meaning of where freedom is truly found. Alecia strongly believes in walking in purpose on purpose. “I am here for such a time as this, use me to fight help me to stand for what is right.” Alecia stands for love, peace, and unity for all and her heart is reflected in this song. 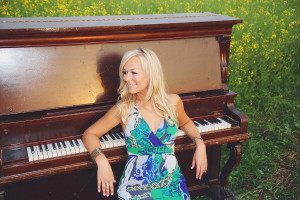