You Rescued Me, music video, and Paws & Claws Animal Rescue!

It has been a busy and amazing spring 2019! I released You Rescued Me on April 11/19 National Pet Day and have been busy visiting radio stations throughout Alberta and doing phone interviews with other stations throughout Canada. You Rescued Me is an incredibly special song as I wrote it last summer after my French Bulldog Hank passed away. He was my little best friend and companion dog. He taught me to love whole heartedly, and although I rescued him as he was in terrible health when I got him as a puppy, he in turn rescued my heart. A year after Hank came into my life my world fell apart and Hank was there to help me pick up the pieces and move on with my life, loving me unconditionally through it all. Dogs truly are the epitome of unconditional love. I’m donating proceeds from You Rescued Me to Paws and Claws Animal Rescue Foundation in Red Deer, AB and have been doing some volunteering with them as well. It is a great organization and I’m happy to be able to honour Hank’s memory by helping other dogs in need. I released the You Rescued Me music video on May 20th National Rescue Dog Day and it features over 100 dogs- fans, friends, and family who sent me photos of their special dogs and rescue dogs for the music video. Of course Hank is in there too a few times!! Hank my heart dog, I will carry you forever in my heart, soul, and song until we meet again in Heaven.

Opening for The Bellamy Brothers!!

May 8, 2019 I had the honour of opening for the legendary Bellamy Brothers at the brand new Exhibition Hall at Westerner Park in Red Deer. My band and I had a blast!! What an amazing experience!! The Bellamy Brothers, their band, crew and production team were all so friendly, down to earth and encouraging to me! I truly feel the most alive when I’m on stage performing and I’m so incredibly thankful to be able to share my songs and stories with an audience. The audience at this show was fantastic and truly there for the music! Watching the Bellamy Brothers perform after we got off stage was amazing! They performed all of their classics, as well as songs off of their brand new album Over The Moon. I was over the moon excited to open for them and it is an experience I’ll never forget! Very thankful!! 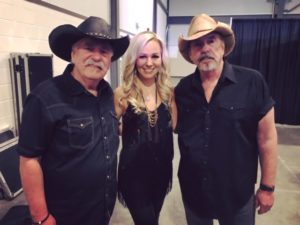 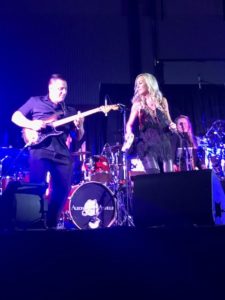 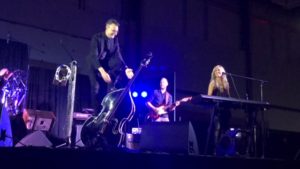 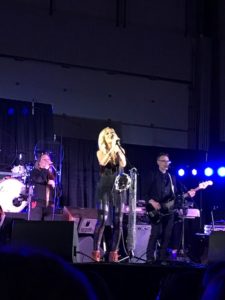 ← Exciting Summer and Fall for Alecia
A True North Southerner: My Time In Nashville →